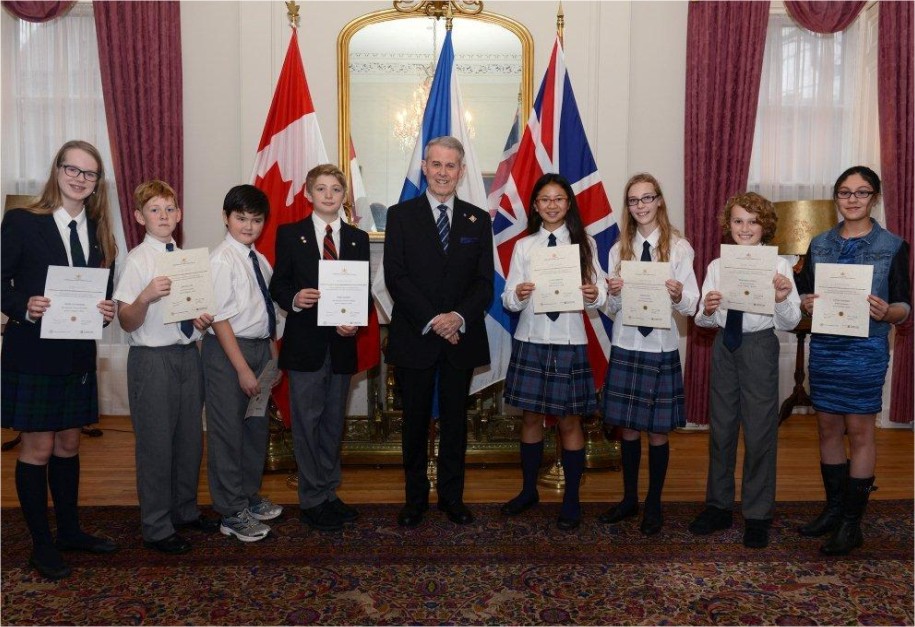 On Monday 23 November 2015, eight Nova Scotia students who received awards from the Royal Commonwealth Society Essay Competition were hosted at Government House by His Honour, Brigadier General J. J. Grant, Lieutenant Governor of Nova Scotia. This invitation generated a great deal of excitement and was very much appreciated by both the students and their parents.